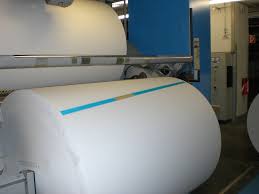 An EPFL researcher has developed a mathematical model for optimizing heat transfer in factories and dramatically reducing water and energy consumption.

The model could, in theory, cut water use by 60 percent at a Canadian paper mill and allow the facility to produce as much as six times more power.

Manufacturing consumer goods requires vast quantities of water, heat and electricity. The firms that make these items produce large amounts of CO2 emissions and have a huge impact on the environment. At the COP21 climate conference in Paris, world leaders highlighted the prominent role that manufacturers could play in combating climate change by reducing greenhouse gas emissions.

Maziar Kermani, a researcher at EPFL's Industrial Process and Energy Systems Engineering (IPESE) group, which is headed by Professor François Maréchal, has come up with a pioneering mathematical model that could cut the amount of water and energy used in industrial processes. He has developed a way to recycle lost heat and energy and to employ biorefinery technologies – combining turbines and organic fluids – to boost power production.

Kermani applied his model to a Canadian paper mill. He found that, in theory, it could cut the amount of water the firm used from 820 kg to 230-300 kg per second (a drop of around 60 percent). It could also allow the mill to produce more than six times as much electricity (from 3 MW to around 20 MW). His findings have been published in Energies.

Continuous recycling of water and heat

Kermani tested out his theory on kraft pulping – by far the most popular paper-making method in the industry.

Wood chips are wetted, cooked (in digesters), washed, dried and bleached to make pulp. All of this produces vast amounts of steam which, in addition to being used in the process itself, generates more than enough electricity to power the plant. The surplus energy can then be sold.

According to Kermani, however, the current system is far from optimal. "Huge amounts of water and energy go to waste because the stages of the process aren't connected," he explains. "For instance, the mill uses cold water to wash and cool the pulp. But that water, which contains valuable heat, is then discarded. Likewise, high-pressure steam is produced by burning black liquor at extremely high temperatures – around 1,200°C. The steam powers turbines to generate electricity and provides a heat source for other processes, but it's too energy intensive to produce."

In his paper, Kermani outlines several ways in which the heated water could be reused. He also recommends introducing organic Rankine cycles, which rely on a special property of organic fluids: the fact that they turn into high-pressure steam at relatively low temperatures (250°C). "Using organic fluids would allow the mill to produce the steam it needs using recovered hot water at low-to-medium temperatures," he explains.