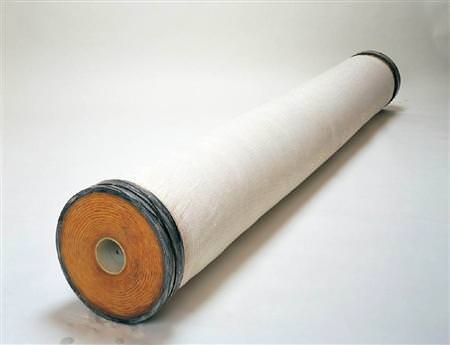 Hollow fiber forward osmosis (FO) membranes manufactured by Toyobo Co, Ltd. have been adopted at a first of its kind osmotic power plant in Denmark. 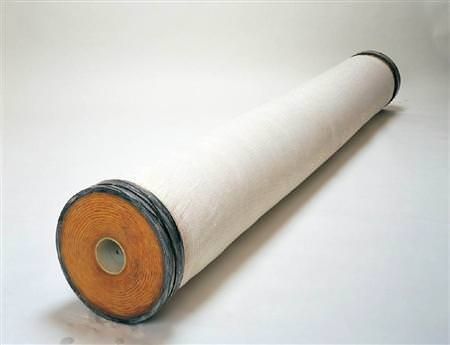 The pilot plant is operated by Danish venture firm SaltPower ApS with support from industrial machinery maker Danfoss A/S and engineering firm Semco Maritime A/S. The plant started a demonstration in September and aims to put the membrane to continuous operation.

The FO membrane, in which hollow fibers are densely packed in a cylindrical pressure vessel, is a kind of semipermeable membrane that permeates water molecules and filters out molecules and ions above a certain size. Toyobo developed hollow fiber semipermeable membrane in the 1970s, applying spinning technology nurtured in its textile production business. Since the early 1980s, Toyobo’s reverse osmosis (RO) membrane using the technology, which filters saline water into fresh water, has crafted an excellent reputation for its filtering capabilities and durability and has been adopted at desalination facilities mainly in the Middle East Countries.

The osmotic power plant generates electricity by using energy derived from the difference in the salt concentration between freshwater and geothermal water, or saline water pumped up from underground wells. When saline water comes in contact with fresh water over the FO membrane, which filters out salt content from saline water, water currents are created in the saline water due to the difference in osmotic pressures. These currents turn the turbine for generating electricity. Osmotic power using geothermal water is attracting attention as a novel renewable energy that, unlike solar or wind power, is unaffected by weather or time of day.

Toyobo’s FO membrane has an internal structure in which densely packed hollow fibers enable water to flow efficiently, generating stable water currents at a low-pressure loss for turning the turbine. In addition, the membrane is robust enough to withstand the high water pressure needed for efficient osmotic power generation, a property that Toyobo’s RO membranes possess. These features prompted the Danish osmotic power plant to use the FO membrane.

Toyobo, SaltPower and other entities are scheduled to build a one-megawatt-class osmotic power plant that harnesses Toyobo’s FO membrane in Denmark by the end of 2021 and later in other European countries. Toyobo plans to actively market the FO membrane to energy-saving desalination plants and industrial wastewater concentration systems.

Hollosep®, a hollow fiber RO membrane module that Toyobo started marking in 1979, has densely packed hollow fibers and a high filtering capability. It is made of cellulose triacetate, which exhibits excellent chlorine resistance, making it easier to clean the membrane for stable use. Since the early 1980s, the RO membrane has been lauded for its capability and durability and adopted at numerous desalination plants in the Middle East Countries, where seawater has a high salinity and concentration of microorganisms, which are sources of impurities. Toyobo will market the FO membrane, which can reduce desalination costs compared with the RO membrane, for practical use in seawater desalination and industrial wastewater concentration.

Osmotic power plant in Denmark that started a demonstration

The osmotic power plant is located at one of Denmark’s district heating systems, which have been developed and widely used for many years. In district heating systems, produced heat in the form of hot water or steam is converged in one location and distributed through a network of pipes to commercial establishments and homes. Geothermal, saline water pumped up from underground wells, is used as a heat source. The plant uses geothermal wastewater, which has returned to the underground wells, to obtain saline water for osmotic power generation.

The plant’s output of 20 kilowatts is the largest capacity for this type of osmotic power generator in the world as of November 2018, according to Toyobo’s research. This is enough electricity to power about 50 average households. This is the first time that an osmotic power plant of a size equivalent to a practical plant has started operating, although there have been experimental osmatic power facilities. The plant plans to conduct demonstrations until around September 2019, after which a one-megawatt-class osmotic power plant will be built and operated.