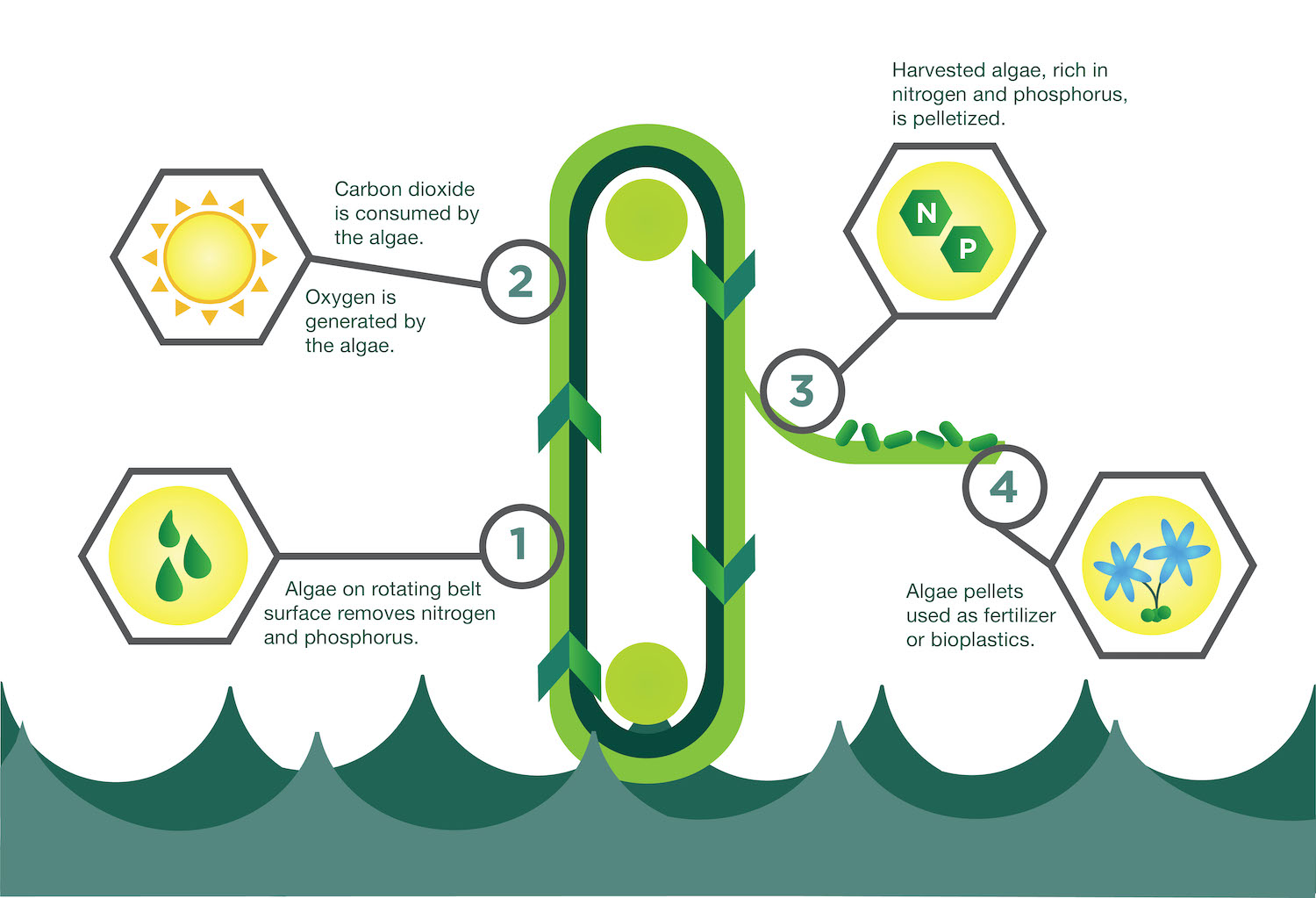 The algae biomass produced during the process is an additional revenue stream for users.

Milliken & Company’s Textile Division has been involved in the development of a unique, high-performance technical textile – some 76 metres in length – that is central to a patented wastewater treatment technology known as the RAB (revolving algal biofilm) system.

The RAB system, developed by Gross-Wen Technologies (GWT), of Slater, Iowa, and based on a technology originally developed at Iowa State University, uses vertically oriented textile conveyor belts that grow algae on their surface. As the algae grows it “eats” nitrogen and phosphorus from the wastewater and also consumes carbon dioxide from the atmosphere and sunlight.

The algae biomass produced during this process is an additional revenue stream for users, and rich in nitrogen and phosphorous, can be used to make fertilizers, bioplastics and biofuels.

“GWT received various research grants to develop and validate its revolving algae belt and before we became involved, relied on a very heavy, rubber coated textile conveyor belt with a ribbed surface, providing the surface area for the algae to grow on and then be squeegeed off for harvesting,” explained Wayne Newbill, senior development engineer at Milliken. “When the company began to move the technology to commercial scale, this belt began to cause problems due to its weight and subsequent mechanical handling requirements, adding significant costs to the overall system, which is when the company contacted us, looking for a lighter and less costly material.”

Engineers at Milliken’s Textile Division consequently explored numerous iterations of a suitable lighter-weight alternative fabric in its rapid prototyping labs, initially developing a polyester weave based on a  multi-filament twisted yarn combined with a monofilament.

“This met most of the required performance properties but there were some limitations, so we then designed a fabric with monofilament in the warp and much larger monofilament in the weft, alternating the latter with a textured yarn to provide additional surface area,” said Newbill. “We then moved from a plain weave to a mock-leno with alternating picks, to obtain all of the required properties in terms of porosity, surface texture and surface area.” 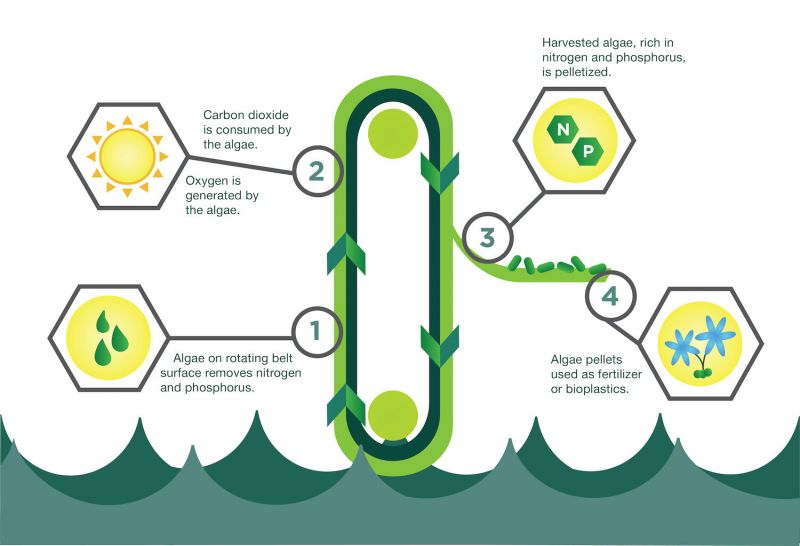 An additional design challenge came in the development of the rollers on which the serpentine, 76-metre-long continuous fabrics are stacked and rotated within the RAB systems.

“The rollers couldn’t be flat or the algae would be crushed out, so instead, the fabric is mounted on raised contact points at set intervals,” Newbill said. “This allows the algae to build up, but puts an extra demand on the fabric in terms of its stiffness, in order to ensure it doesn’t sag between the raised points.”

The result is a fabric that is around a fifth of the weight of the original rubber-coated belt with a similar reduction in price, and as an additional benefit, it is possible to squeegee out most of the algae but still leave sufficient on the fabric’s surface for it to regrow again.