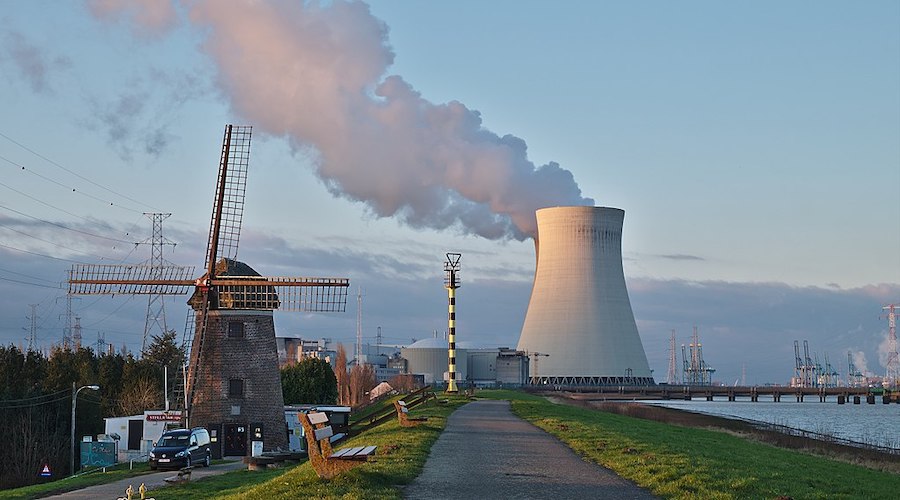 Researchers at the Massachusetts Institute of Technology have developed a method to reduce the volume of contaminated water that needs to be disposed of in nuclear plants.

In a paper published in the journal  Environmental Science and Technology , the scientists said that the mechanism concentrates the radioactive isotopes that contaminate the water used for cooling the plants and allows for the rest of the water to be recycled through the plant’s cooling system.

The method makes use of a process called shock electrodialysis, which uses an electric field to generate a deionization shockwave in the water. The shockwave pushes the electrically charged particles, or ions, to one side of a tube filled with charged porous material, so that concentrated stream of contaminants can be separated out from the rest of the water.

A small-scale device, seen here, was used in the lab to demonstrate the effectiveness of the new shockwave-based system for removing radioactive contaminants from the cooling water in nuclear powerplants.  (Image courtesy of MIT) .

During the course of their experiments, the group discovered that two radionuclide contaminants—isotopes of cobalt and caesium— can be selectively removed from water that also contains boric acid and lithium. After the water stream is cleansed of its cobalt and caesium contaminants, it can be reused in the reactor.

To test of the system, the researchers used simulated nuclear wastewater based on a recipe provided by Mitsubishi Heavy Industries, which sponsored the research. In the trials, after a three-stage separation process, they were able to remove 99.5% of the cobalt radionuclides in the water while retaining about 43% of the water in cleaned-up form so that it could be reused. As much as two-thirds of the water can be reused if the cleanup level is cut back to 98.3% of the contaminants removed.

“No other practical, continuous, economic method has been found for separating out the radioactive isotopes of cobalt and caesium, the two major contaminants of nuclear wastewater,” said Martin Bazant, senior author of the study, in a media statement. “Not only is the new system inexpensive and scalable to large sizes but, in principle, it also can deal with a wide range of contaminants. It’s a single device that can perform a whole range of separations for any specific application.”