Q&A: the fight for water in Australia’s mines 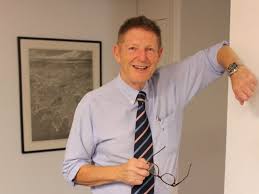 One of the biggest issues facing mining in Australia is water security, and as climate change makes droughts increasingly common, problems are arising over how to access water without running into trouble.

Scarlett Evans  speaks to managing director of Aussie Pumps Warwick Lorenz about how to provide water security for miners.

Scarlett Evans: Tell me about the issue of water security in Australia – how widespread is it, and who does it affect?

Warwick Lorenz: Australia is one of the driest countries in the world, and its drought is having a devastating effect on two of its biggest industries; mining and farming. This is of course due to the large volumes of water required to process mineral products, meaning that water security for mines is absolutely crucial. With around $280bn worth of mining export resources, the industry is absolutely fundamental to our lifestyle and the potential knock-on economic effects of this are huge.

We’re seeing instances of mines in New South Wales and Queensland having serious issues over the years competing with local farmers and councils for water. The problem just hasn’t been addressed and our country remains dry because we haven’t made any changes to our landscape over the last 200 years or so.

Water scarcity has been a global issue for years. Do you think mining companies and government bodies are adequately addressing it in Australia?

I think there has been a long-standing inability to do something about this problem, and I think it reflects the apathy of the Australian people.

At my company, we believe it is absolutely possible to drought-proof Australia, or at least provide water security to large sections of it, but I believe Australian citizens are too far removed from the issue. The majority of the population live in four cities that border the coast. Drought is an alien thing to most people in our country – city people are not touched by its impact. Going inland, so much of Australia is empty. And it’s empty because we don’t have the water security to provide infrastructure or stability to large settlements there. So it’s a cyclical problem.

You take the Great Artesian Basin – huge amounts of water flow through it but it’s not directed to the right place because we don’t have the infrastructure to take it to where it’s needed. It’s a huge water reservoir running from the bottom of Cape York through Queensland and South Australia that has significant water storage capability, but has no water being pushed back into it in areas around Alice Springs – which don’t have the same monsoonal rainfall as the northern parts.

The reality is that in any other country something would have happened by now. Our wealth and small population has hindered us because we’re so satisfied with what we have. We need to look abroad for examples of what to do. In China, they built 20,000 dams in the past 20 years. We need to be taking similar positive steps to preserve water.

What other solutions could companies be looking at?

Competition between councils and mining operations has previously seen councils rationing water, and companies responding by putting a kind of polypropylene bubble wrap over storage dams to prevent evaporation.

You rarely see government’s deploying solutions such as these, but if it’s your business and you rely on it you have to take action. This was ultimately a positive outcome to the conflict because it proved the point that you can slow evaporation – even if you can’t stop it entirely. We also see a means of preventing evaporation with the Hoover dam, where they dealt with the issue by building concave channels. The technology is all there, we just need to be motivated to use it.

Aside from changing the infrastructure, is there any other way mining operations can get water without running into problems?

Without the correct infrastructure, it’s a lost cause. Nobody expected this 100 year drought but that’s the way it is. Our failure to deal with it, and to accept it as simply being the way things are is, to me, paralysis.

We have to be bold enough to change the landscape – just as they’re doing in places like China and Ethiopia – where they just planted millions of trees in one day. With the right mindset, transitional, seasonal mining towns in our country could become permanent settlements. We have great opportunities in Australia and everybody knows that, the only problem is we’re lacking the motivation to do it.

During a drought, farmers say every day brings us one day closer to rain. But you know what, it doesn’t make it happen any quicker. We have no control over it. The only thing we can control is our water storage. In the last 12 months or so, we’ve have two massive floods in Queensland. The town of Rockhampton flooded in 2017, when twice the volume of Sydney harbour went through the city and dumped massive amounts of silt on the Great Barrier Reef. If we harness the floodwaters, we could have a great amount of power. As Barnaby Joyce said, water is money and dam’s are banks.

What will it take to make this change?

It’s a matter of political will. It’s the will to do it, and the audacity to do it. We have glimmers of this happening.