Pumps Designed to Dewater Flooded Mine Tunnels in South Africa 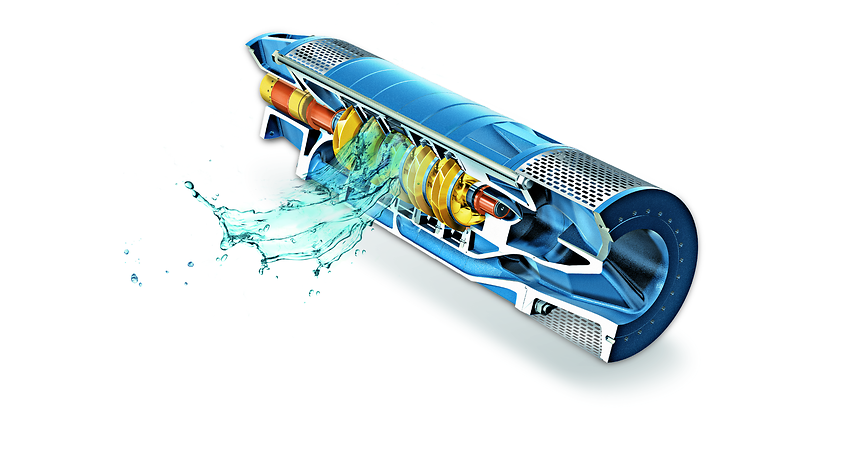 South Africa is currently dealing with the problem of acid water because underneath the old gold mining city of Johannesburg is a lake which contains heavily contaminated water, which spreads horizontally and vertically into the abandoned pits of the former gold mines. Meanwhile, the water line has reached a critically high level, as determined by the specialists from the ANDRITZ subsidiary ANDRITZ Ritz in Schwäbisch Gmünd, Germany, which was given the first order to drain the mine water in 2010. 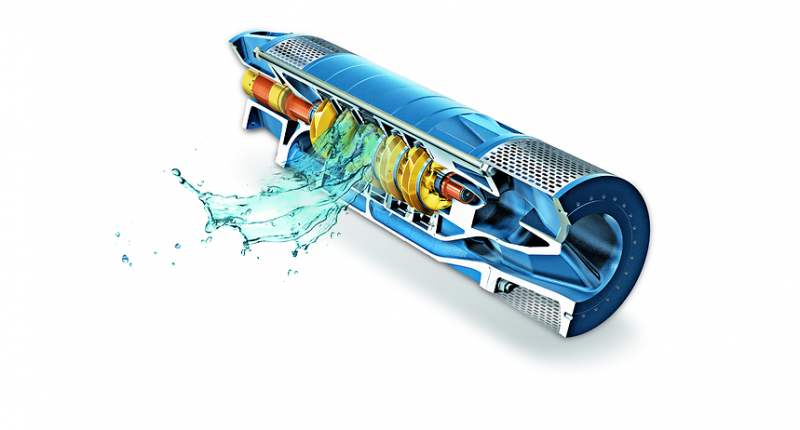 The execution of the project was delayed by four years, however, and it was only in spring 2014 that two powerful ANDRITZ submersible motor pumps were installed in the middle of Johannesburg city center, in the so-called “Central Basin”, with each pump capable of bringing 1,500 cubic meters (=1.5 million liters) of water to the surface per hour. With 60 million liters of water per day, it is a never-ending task.

In Johannesburg, however, acid mine water is an ongoing problem. Rainwater seeps into the tunnels and reacts chemically with residual minerals like pyrite, producing corrosive sulphuric acids. In the worst case scenario, this can result in a pH value of 2, which is enough to cause lasting damage to humans and the environment.

Because of this corrosive acid, the Johannesburg pumps had to be completely redesigned. The design is based on ANDRITZ’s proven HDM (Heavy Duty Mining) technology, which uses the concept of a double-suction pump. The thrusts produced are offset by the counter-rotating arrangement of the impellers, and the pumps run without axial thrust, giving a properly maintained pump a service life of 10 to 15 years.

However, the pumps for Johannesburg are not rolled from the bar – they are a tailor-made customized design, built for this special individual application. It took one year from the placing of the order for this special construction to its arrival at the test bed for its first trial run. Part of the new system is an encapsulation of the submersible motors. This technology enables the creation of an internal pressure higher than the external pressure, preventing the intrusion of the corrosive water and the components inside the motor being attacked and possibly destroyed. At the same time, the water being drained is used to cool the motor by means of a heat exchanger.

ANDRITZ engineers spent weeks developing the sophisticated technology needed to encapsulate the motor so it could withstand the higher internal pressure. The first two pumps have been running since June 2014. These 21 tons behemoths, each 15 meters long with a one-meter diameter, were installed side by side in March, five meters apart, but could only be started after completion of the water treatment plant. Freely suspended on 430-meter-long duplex steel pipes, they transport the acid mine water to the surface and onwards into an adjacent treatment plant. Here, through the addition of lime, the pH value is raised, the acid is neutralized and the heavy metals dissolved in the water are absorbed and precipitated as hydroxides.

The South African authorities are planning a total of three pumping stations, which will each be developed at the mines’ disused extraction shafts. In addition to the ‘Central Basin’ in Johannesburg’s city center, invitations to tender for the ‘Eastern Basin’ and the ‘Western Basin’ are currently in progress. The long-term goal is to force the water level in the flooded mines back from its current level of approx. 200 meters to a depth of 1000 meters, and to keep it there, to then be able to begin mining gold and gold ore in the drained upper layers of the mines once again.