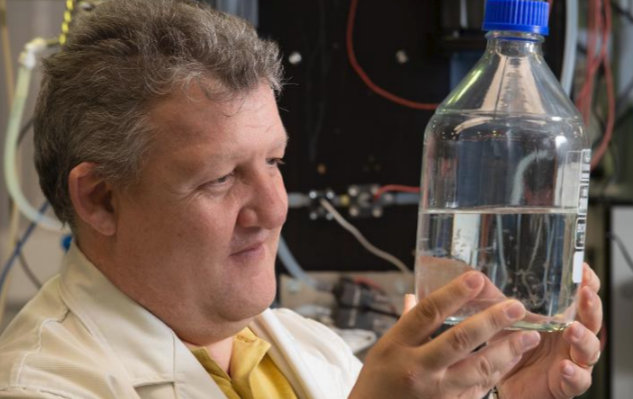 The Queensland University of Technology has opened a pilot plant at Banyo to study technology for removing salts from bore water, industrial wastewater and seawater to produce high-quality drinking water.

QUT researchers from the Institute for Future Environments have been working with the Japanese chemical conglomerate Asahi Kasei for three years on the technology that uses solar energy or low-grade waste heat produced by industry to remove dissolved salts from water samples.

The pilot plant, which has been commissioned at the QUT Banyo Pilot Plant Precinct, will have the ability to process 1000 liters of water a day through a process called membrane distillation system.

Professor Graeme Millar , from QUT’s Science and Engineering Faculty, heads the research team that has developed a system that uses Asahi Kasei membranes.

The QUT researchers have developed a system that means the membranes can be used for more than 2000 hours filtering salt water before the membrane needs cleaning.

One of the advantages of the system is that it can use industrial “waste” heat, which is heat produced as a byproduct and use that to distill the water through the membranes.

“We can tap into that and make water on the spot for the companies,” Professor Millar said.

The process being tested in the pilot plant that has been commissioned at the QUT Banyo Pilot Plant Precinct uses heat and a membrane that filters out the salts.

Agriculture is the major consumer of freshwater resources in Australia,” Professor Millar said.

“Consequently, there is a need to develop means to use impaired water resources such as coal seam gas associated water for irrigation purposes.”

Professor Millar said the planned design of a commercial module built using this system would be able to convert 1 million liters a day of water, with uses ranging from installations at mining, agricultural and industrial sites to portable solar-powered units that could be used by emergency services in the wake of natural disasters.

“It’s about taking those brackish waters and making them drinkable.”