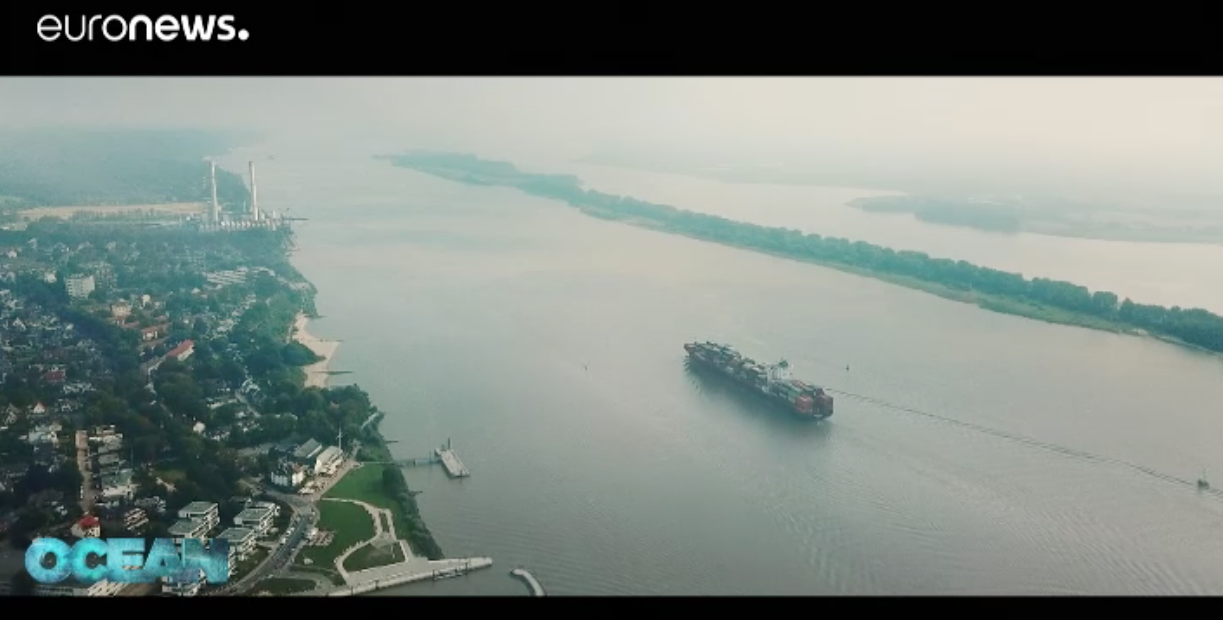 International shipping is a large and growing source of greenhouse gas emissions. It is a sector that the EU is trying to clean up as part of its pledge to become the first climate-neutral continent by 2050.

In this episode of Ocean, Euronews explores what changes are being made in the industry to try and cut carbon dioxide emissions.

From a monitoring site near the port of Hamburg, pilots send drones out to ships to collect emission samples from exhaust plumes. The real-time results are helping to determine the worst polluters.

Jon Knudsen, a chemical engineer, and also the CEO/CTO of Explicit, said:

"A drone is ideal for places like this, where you're very close to the shore. It's easy for it to get to the plume of the vessel and find the right spot to do the sampling. They can help give information about the kind of fuel the vessels are burning."

Researchers from the European project SCIPPER are comparing a range of innovative pollution-measuring techniques from drones and next-generation coastal sensors to space satellites.

They want to ensure that all instruments produce accurate and reliable results that inspectors can rely on to enforce full compliance with new regulations.

Leonidas Ntziachristos, a professor at Aristotle University of Thessaloníki, and the SCIPPER Project coordinator, said:

Stationary sensors have also been placed along some coastlines and on bridges to monitor vessel traffic around the clock and identify various kinds of pollutants coming from passing ships.

Maritime transport emits around 940 million tonnes of CO2 annually and is responsible for about 2.5% of global greenhouse gas (GHG) emissions, according to the European Commission.

These emissions are projected to increase significantly if mitigation measures are not put in place swiftly. According to the 3rd IMO GHG study, shipping emissions could under a business-as-usual scenario increase between 50% and 250% by 2050, undermining the objectives of the Paris Agreement.

"It is absolutely technically possible to produce less greenhouse gas emissions, but also lesser air pollutants or water and noise but we are also working on solutions which are economically viable. I think that one of the examples which is getting a lot of attention is electrified ferries because they are transporting passengers. But we still have a long way to go before all types of vessels will be sailing without emissions," Jaap Gebraad, the executive director of Waterborne said.