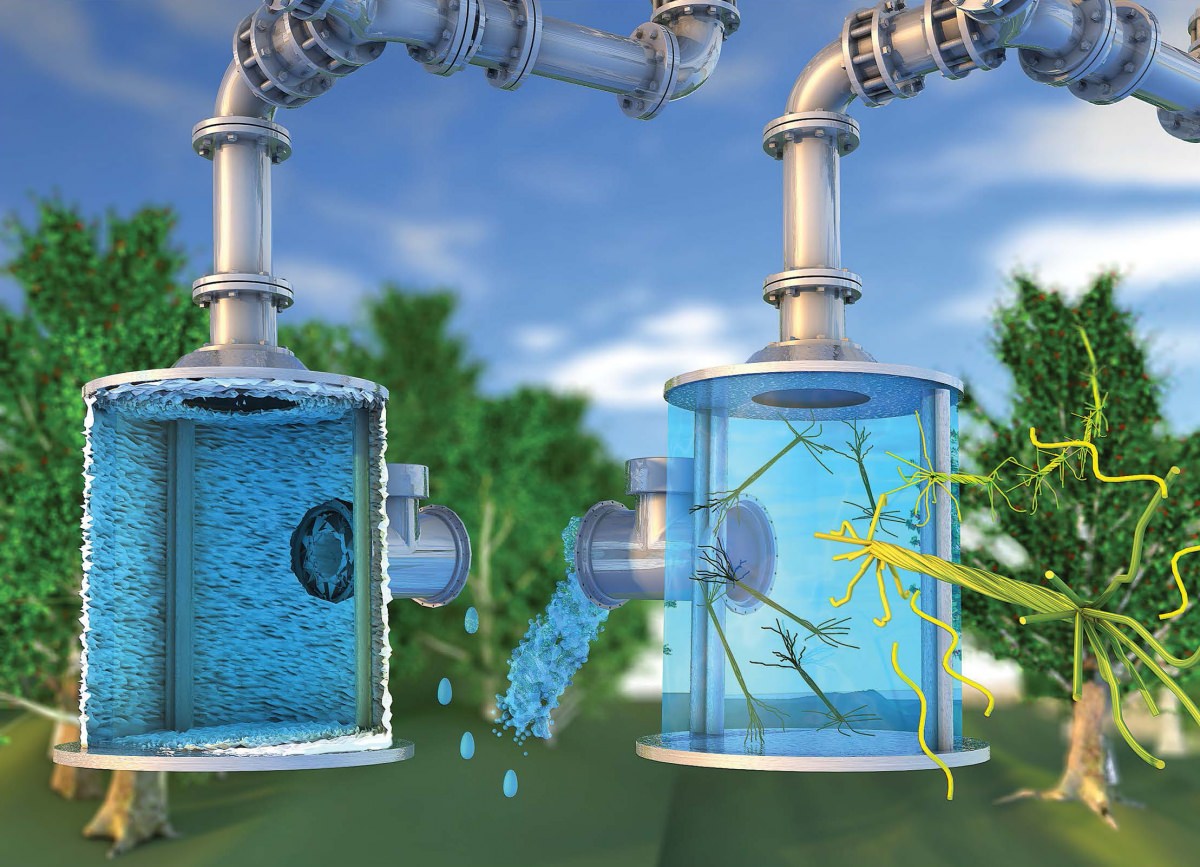 A new type of cellulose nanoparticle, invented by McGill University researchers, is at the heart of a more effective and less environmentally damaging solution to one of the biggest challenges facing water-based industries: preventing the buildup of scale.

Formed by the accumulation of sparingly soluble minerals, scale can seriously impair the operation of just about any equipment that conducts or stores water – from household appliances to industrial installations. Most of the anti-scaling agents currently in use are high in phosphorus derivatives, environmental pollutants that can have catastrophic consequences for aquatic ecosystems.

In a series of papers published in the Royal Society of Chemistry’s Materials Horizons and the American Chemical Society’s Applied Materials & Interfaces, a team of McGill chemists and chemical engineers describe how they have developed a phosphorus-free anti-scaling solution based on a nanotechnology breakthrough with an unusual name: hairy nanocellulose.

Lead author Amir Sheikhi, now a postdoctoral fellow in the Department of Bioengineering at the University of California, Los Angeles, says despite its green credentials cellulose was not an obvious place to look for a way to fight scale.

“Cellulose is the most abundant biopolymer in the world. It’s renewable and biodegradable. But it’s probably one of the least attractive options for an anti-scaling agent because it’s neutral, it has no charged functional groups,” he says.

While working as a postdoctoral fellow with McGill chemistry professor Ashok Kakkar, Sheikhi developed a number of macromolecular antiscalants that were more effective than products widely used in industry – but all of his discoveries were phosphonate-based. His desire to push his research further and find a phosphorus-free alternative led him to take a closer look at cellulose.

“Nanoengineered hairy cellulose turned out to work even better than the phosphonated molecules,” he says.

The breakthrough came when the research team succeeded in nanoengineering negatively charged carboxyl groups onto cellulose nanoparticles. The result was a particle that was no longer neutral, but instead carried charged functional groups capable of controlling the tendency of positively charged calcium ions to form scale.

Previous attempts to functionalize cellulose in this way focused on two earlier forms of nanoparticle – cellulose nanofibrils and cellulose nanocrystals. But these efforts produced only a minimal amount of useful product. The difference this time was that the McGill team worked with hairy nanocellulose – a new nanoparticle first discovered in the laboratory of McGill chemistry professor Theo van de Ven.

Van de Ven, who also participated in the anti-scaling research, recalls the moment in 2011 when Han Yang, then a doctoral student in his lab, stumbled upon the new form of nanocellulose.

“He came into my office with a test tube that looked like it had water in it and he said, ‘Sir! My suspension has disappeared!’” van de Ven says with a grin.

“He had a white suspension of kraft fibres and it had turned transparent. When something is transparent, you know immediately it has either dissolved or turned nano. We performed a number of characterizations and we realized he had made a new form of nanocellulose.”

The secret to making hairy nanocellulose lies in cutting cellulose nanofibrils – which are made up of an alternating series of crystalline and amorphous regions – at precise locations to produce nanoparticles with amorphous regions sprouting from either end like so many unruly strands of hair.

“By breaking the nanofibrils up the way we do, you get all these cellulose chains sticking out which are accessible to chemicals,” van de Ven explains. “That’s why our nanocellulose can be functionalized to a far greater extent than other kinds.”

Given the chemical versatility of hairy nanocellulose, the research team sees strong potential for applications beyond anti-scaling, including drug delivery, antimicrobial agents, and fluorescent dyes for medical imaging.

“We can link just about any molecule you can think of to hairy nanocellulose,” van de Ven says.