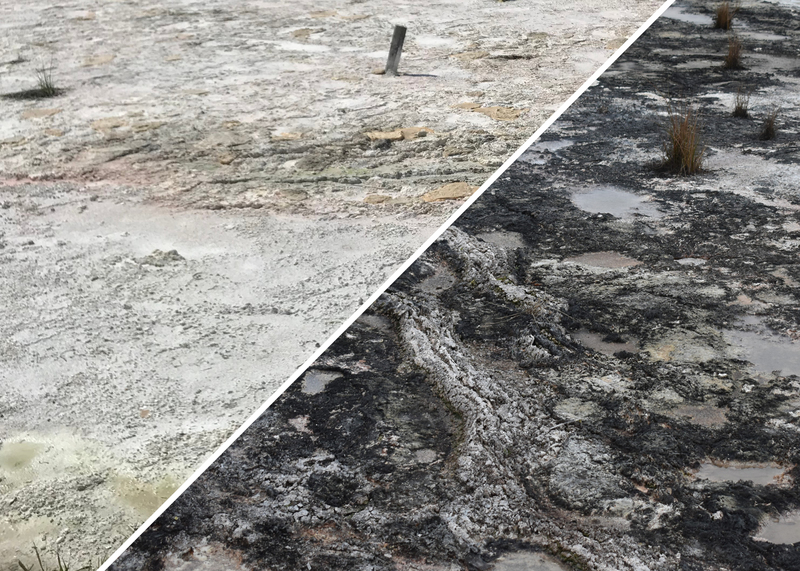 Learn how one creamery overcame the challenge of the fat build-up thanks to the Megafloc Bio 100 treatment. 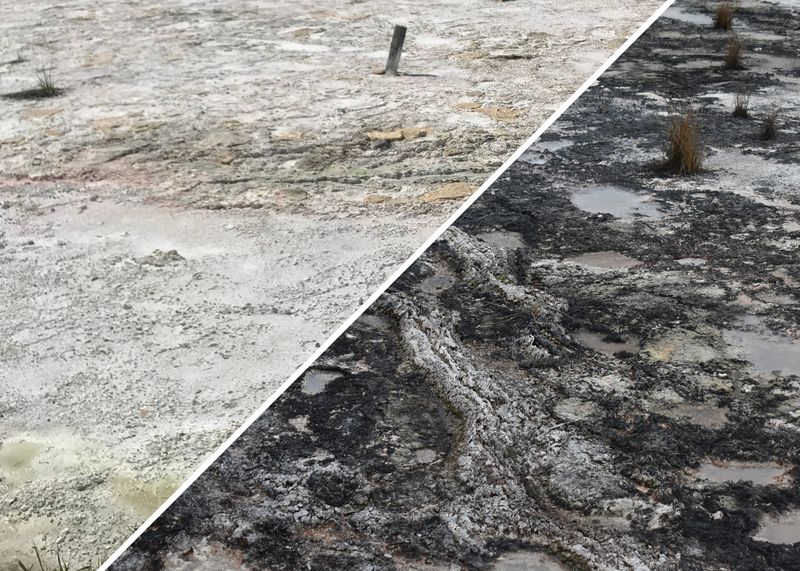 All images are originally published on the U.S. Water website

Graf Creamery, a Midwestern butter and cream production plant, was experiencing issues with the fat and grease build-up in their holding cell retention pond. The fat build-up was restricting their ability to manage the wastewater leaving the plant and the solids had the potential to fill up the ridge and furrow absorption wastewater process. Due to the fat build-up, they were also losing treatment capacity (maximum holding cell capacity of 100,000 gallons) and during summer months the holding cell would emit foul odors due to the septic conditions of the cell operations.

Since the creamery runs six days a week and wastewater totals average 15,000 gallons per day, the plant needed to come up with a solution to first remove build-up, which would increase operational capacity – as well as prevent additional build-up from occurring in the holding cell.  In previous years, Graf Creamery had trialed a competitive treatment without success, so there was some initial hesitancy when the topic of bioaugmentation was discussed with U.S. Water.

In March of 2018, U.S. Water conducted a system audit and fats examination of the wastewater process and holding tank at the creamery. Jar testing was completed on the fats that were sampled in the holding cell.  As noted by the results below, the jar testing was conclusive that the facultative organisms in the Megafloc Bio 100 product could effectively consume the fats sampled from the holding cell.

Through laboratory findings, U.S. Water recommended seeding the holding cell in multiple areas with Megafloc Bio 100. In May 2018, Megafloc was introduced and began to build a biological population and start the breakdown process of fats and greases. The plant started to see visual results after two weeks of treatment and over the next couples of months, they continued to add the Megafloc product on regular basis. After six months, Graf Creamery saw a substantial break down of layers of fat, increased water flow, and increased treatment capacity, resulting in better wastewater system management.

The treatment cost of the Megafloc Bio 100 was significantly less than the alternative of attempting to dredge the pond.  Bioaugmentation treatment also presented much less risk than dredging, as this mechanical process had the potential to damage the lining of the holding cell pond, which could allow the wastewater to contaminate the soil in and around the holding cell.  The odor reduction was a positive impact for the plant and community, as there were no odor complaints due to rotten egg type smells in the summer of 2018, regardless of the direction of the wind.