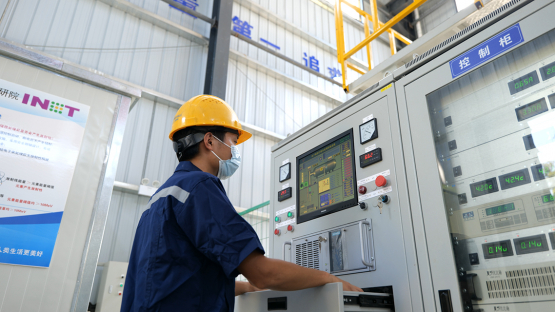 Asia’s first demonstration facility for medical wastewater treatment using electron beam (EB) technology commenced operation in China this year. “This is the first pilot-scale – 400 cubic meters per day – demonstration of EB for medical wastewater treatment,” said Shijun He, Professor at the Institute of Nuclear and New Energy Technology (INET) at Tsinghua University. The facility in the Hubei Province sterilizes medical wastewater and decomposes antibiotics without additional disinfectant or the production of secondary pollution. The milestone builds on a foundation of research by and technical cooperation with the IAEA that commenced about a decade ago. “The IAEA has played a very important role on EB application in China,” said He. The facility opened in May.

Since 2010, the IAEA supported a coordinated research project and a technical cooperation project focussed on EB technology applied to industrial wastewater treatment. “The further application of EB technology to medical wastewater treatment demonstrates China’s ongoing progress and the tangible socioeconomic and environmental impact of the IAEA transferring nuclear technology to address development priorities,” said Gashaw Wolde, Section Head for technical cooperation with Asia and the Pacific at the IAEA.

Conventional water treatment technologies include filtration, chemical and biological treatments. “The traditional process of the treatment of medical wastewater is to input chemical disinfectant, such as sodium hypochlorite, into the wastewater to kill the microorganism. However, it will easily produce chemical reagent residues, and the residual antibiotic in the wastewater cannot be degraded,” said Liu Zhenwei, Director General of Xiyuan Hospital. Nuclear techniques, based on advanced oxidation/reduction processes such as electron beam and gamma radiation, have emerged as alternative solutions to eliminate micropollutants.

The China Atomic Energy Authority (CAEA) worked with experts from Tsinghua University and the China General Nuclear Power Corporation to successfully combine EB irradiation technology with the medical sterilization process for the first time in China. The joint research team developed equipment for the application of EB technology, with a new self-shield electron accelerator manufactured specifically to irradiate medical wastewater. New methodologies to detect viruses, including the virus that causes COVID-19, were also established.

“The wastewater content, including the type of contamination and viruses, varies from hospital to hospital and requires specific technologies and parameters for treatment in order to meet national standards,” said Joao Osso Junior, Head of the IAEA Section of Radioisotope Products and Radiation Technology. “EB technology for medical wastewater treatment does not require a large amount of energy input or any steam or chemical requirement, and the complications involved in the transport of hazardous substances are avoided by using this technology, which minimizes negative impacts on health and the environment.”

The electron accelerator produces high energy EBs to react with DNA/RNA molecules or cells of microorganisms. The reaction hinders microbial growth and kills viruses and pathogenic bacteria. The quality of the treated wastewater has exceeded China’s standard for disposal of wastewater by infectious disease hospitals, said He, which is significant for public health since the treatment facility is near a major reservoir that feeds into China’s South-to-North Water Diversion Project. 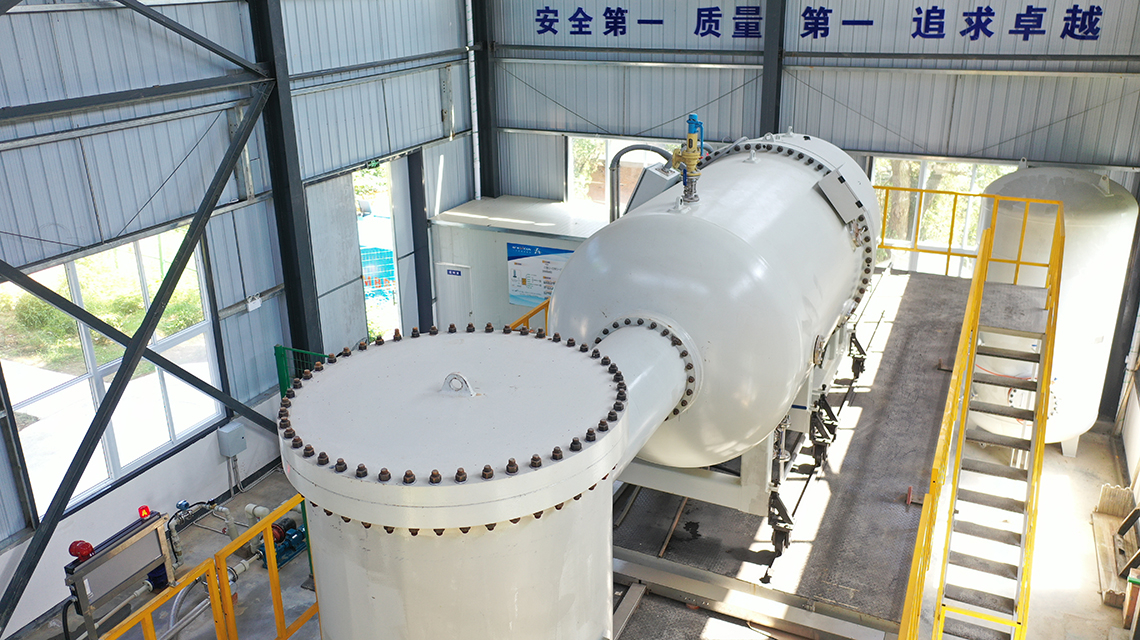 From industrial to medical wastewater treatment

The latest demonstration facility involving EB technology stems from years of ongoing progress that can be traced to 2010, when the IAEA began transferring related technology and know-how to treat industrial wastewater. In 2012, through an IAEA technical cooperation project, Chinese scientists, including He of Tsinghua University, developed a programme to treat wastewater with EB technology. The IAEA supported fellowships at existing facilities in other countries, a national training course and visiting experts, who provided guidance on project development.

“Nuclear technology has been widely used worldwide in industries, agriculture, medical and health care, as well as environmental protection,” said Zhang Jianhua, Vice Chairman of CAEA. “In China, it is still a new industry that is just getting started, and it has much potential to contribute to social and economic development, as well as to a better future for China and the world’s public health.”