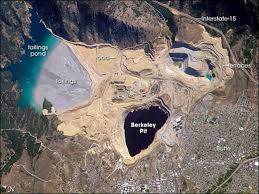 Companies hope to develop technology that makes storing waste less dangerous, but it hasn’t been easy

Companies have traditionally held waste—mixtures of mud, rock and water, known as tailings—behind dams near their mines. However, that practice has come under intense scrutiny following the January collapse of a dam in Brazil owned by Vale SA, VALE +0.60% which killed 270 people, and another deadly spill four years earlier at an operation jointly owned by BHP Group Ltd. BHP -0.14% and Vale in the country.

Techniques investigated by mining companies include waste stacked in big, dry mounds; new additives to thicken waste and make it more stable; and experiments with high-powered magnets that can sort ore without water.

The companies hope to develop a technology that makes storing waste less dangerous. One goal is to prevent liquefaction, a process whereby seemingly solid materials suddenly behave like liquids, which occurred during some of the worst recent accidents, including the dam spills in Brazil. So far, none of the new techniques being considered are widely used.

Two years ago, in Chile’s northern Atacama Desert, BHP and partners tested a plant that they hoped would lessen the problem of waste. The plant used equipment that filtered mine waste from water so that it could be stored as dry piles. The technique has been used at small mining operations, such as the La Coipa mine in Chile, which is owned by Kinross Gold Corp. and currently inactive. However, BHP wanted to know if it could be used at high-production mines known as “super pits,” such as its Escondida site in Chile.

The results were disappointing. While technically feasible, the plant wasn’t reliable enough and the volumes of processed waste missed expectations.

“Upon trial completion, the internal decision was made not to progress,” a BHP spokesman said. Still, the company said it would use information gleaned during the trial to determine whether technical hurdles could be overcome in time.