A SUSTAINABLE SOLUTION FOR OIL AND GAS WASTEWATER 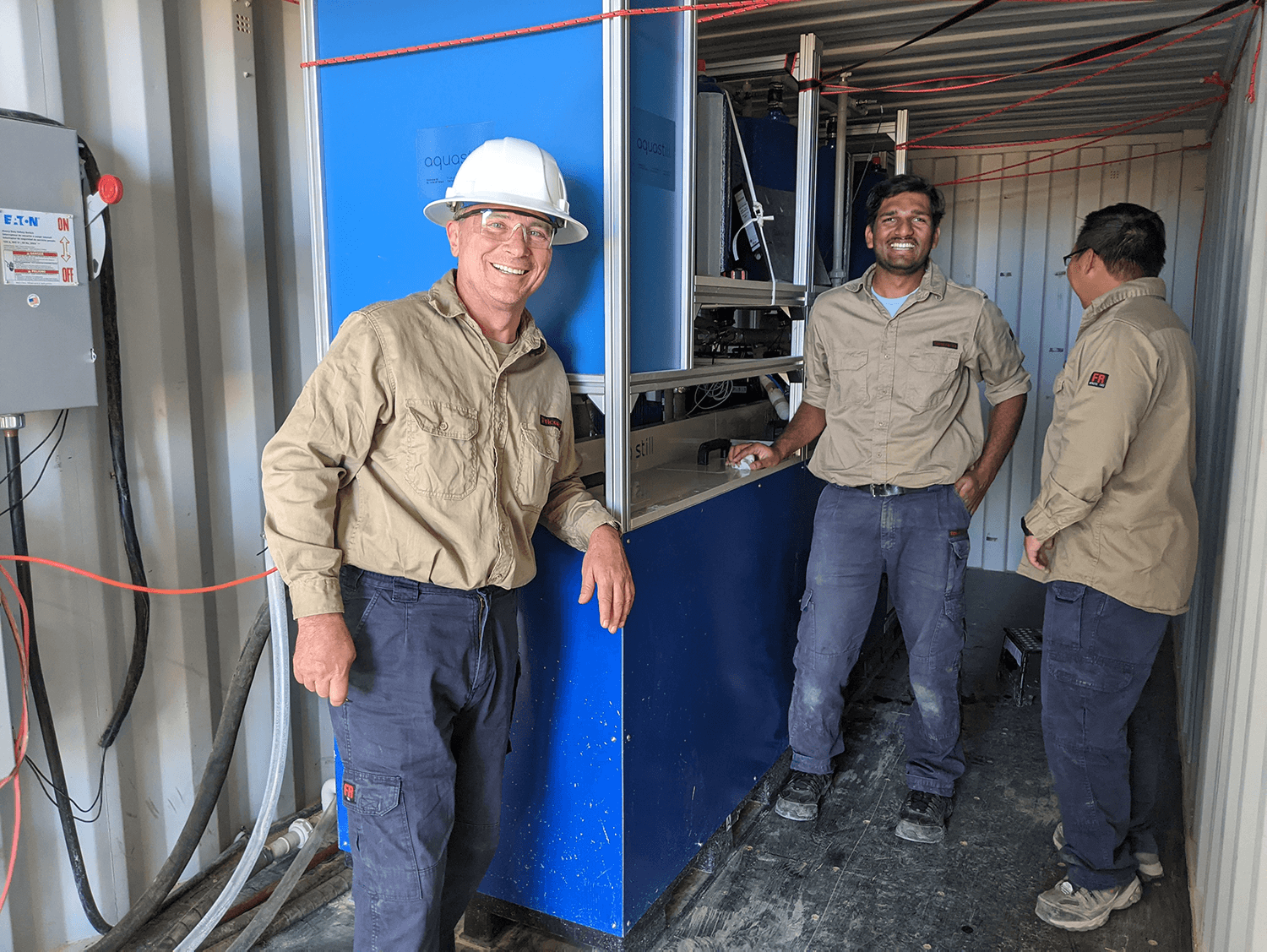 Pitt Engineers Develop Method that Can Recycle Water Used in Fracking and Drilling
As demand for new energy sources grows, the wastewater co-produced alongside oil and gas (produced water) shows no signs of slowing down: The current volume of wastewater - the result of water forced underground to fracture rock and release the deposits -  is estimated at 250 million barrels per day, compared to 80 million barrels per day of oil.

Engineers at the University of Pittsburgh Swanson School of Engineering are developing a new way to reduce the environmental impact of drilling and fracking by cleaning the produced water for reuse, and it’s already being tested in Pennsylvania, Texas and North Dakota.

Membrane distillation is an emerging technology that can treat complex and highly contaminated wastewater. This project, led by Radisav Vidic, professor and chair of the Department of Civil and Environmental Engineering, uses membrane distillation technology that enables drillers to filter and reuse the produced water in the oil and gas industry, in agriculture, and other beneficial uses.

“It is of critical importance to develop alternative strategies for the management of produced water that would reduce the overall cost, allow recovery of valuable resources, and reduce the environmental footprint of this industry,” said Vidic. “Right now, the industry is not being presented with financially feasible options. This project proves that those options can and do exist.”

Produced water contains many impurities that prevent its treatment in municipal facilities: it can be eight times saltier than seawater and harbor bacteria, sand, mud, oil and grease, as well as naturally occurring radioactive materials. Current management strategies for produced water include injections into disposal wells; processing to recover more oil from the water; and beneficial reuse after treatment.

Injection into a disposal well is the least expensive option—and therefore the most common —but it leads to a permanent loss of water from the ecosystem. While drought is less of an issue in Pennsylvania than in other parts of the country where drilling is prevalent, the produced water that is not reused for hydraulic fracturing is transported to Ohio for disposal, adding to environmental concern of fuel usage and emissions in transport, as well as cost.

A close-up view of the pilot-scale membrane distillation system.

A view of the pilot-scale membrane distillation system.
CREATING A CLOSED SYSTEM - TREATING WASTEWATER WITH WASTE HEAT
As Vidic’s group worked to scale up the technology so that the work translates to the field, Vikas Khanna, associate professor of civil and environmental engineering at Pitt and Wellington C. Carl Faculty Fellow, used modeling to envision what these systems would look like at scale and what the economic benefit would really be if the industry adopted the technology.

“One of the things we found was that if you are not able to treat this water in areas like Pennsylvania without injection wells, you have to truck this water somewhere else to dispose of it,” said Khanna. “It costs money to treat the water, but as soon as you compare it to ‘business as usual’ option, that's when you start seeing the benefits.”

The proposed solution uses waste heat to meet the technology’s thermal energy requirements, further decreasing the operation costs. Northeastern counties in the state—those farthest from disposal wells—stand to benefit the most from using this technology, saving nearly $16 million per year in disposal costs.

A pilot-scale membrane distillation system set up at a Marcellus Shale drilling facility in Pennsylvania.
FROM THE LAB TO THE FIELD
The project began in the lab about eight years ago and was first brought into the field for pilot-scale testing, with funding from the U.S. Department of Energy, in Texas and North Dakota oilfields. The group has now begun implementing the same technology in Pennsylvania’s Marcellus Shale drilling on-site in New Stanton, Pa.